My name is Inger Leppäjoki and I live in a quiet place in the forest by the lake Fullhövden with my bearded collies, puli and cat. It is roughly 35 km from the city of Halmstad on the west coast of Sweden. My daughter Anna and I are partners in Vallklanen.

I grew up with dogs. My father trained and took care of many German shepherds and he dreamed of becoming a breeder. Unfortunately he never had the possibility to fulfill that dream. I have great memories of travelling with my father to dog shows in Sweden and Denmark when I was a child. I fell in love with the bearded collies in the 70s. My father was a friend of Ylva Ek (Braids Kennel) and we had one of her bitches, Braids Cassandra, living with us one summer. Since then the bearded collies have had a special place in my heart. I grew up dreaming of starting a kennel and becoming a breeder myself, and now finally that dream has come true. 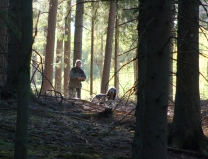 As an adult I have been living abroad with my family for many years. When I came back to Sweden I decided it was time to buy a dog. I got in touch with Anna-Lena Uvenkrans (Kennel Breaker) and in the summer of 2007 I brought home Sally (Ch. Breaker Choice for Victory). In the spring 2008 we brought home Wilma (Breaker Dazzling Black Beauty). Wilma and Sally are half sisters, both after Nova (Ch. Beardmarked’s Named Tequila).

The dogs have changed my life. The whole family loves the dogs and they get to follow us on many excursions. The bearded collie is an active breed that loves to work. We have tried activities like obedience, rally obedience, herding, agility and tracking. It is the rally obedience that has become our favorite activity! Ella, Sally and Wilma are all competing in the highest level. I also enjoy going to dog shows with my dogs. The most important thing is to have fun together with them.

In the spring of 2010 Vallklanen got its first litter. Sally got 10 puppies with Clayton (Ch. Nobility Nice to Look Like Daddy). We kept Ella (Vallklanens Lady Bannockburn) and Valle (Vallklanens Old Ben Lomond). Valle is living with my sister Katarina and her family in Klippan in the south of Sweden. A year and a half passed and Sally got her second litter with Scott (Ch. Ramsgrove Borkason) in early spring 2012. We kept Nisse (Vallklanens Sgt Pepper) who also is living with my sister. In the spring 2013 Wilma and Phille (Philemon Breaking News) got 10 puppies and in the spring of 2014 Sally got her third litter, with 11 puppies, with the stud dog Hebbe (Ch. Goonie’s Highlander Lad).

I love my bearded collies but had been thinking of getting another breed for quite some time before we got our first puli in 2011. When I was participating in a breeders course in Halmstad I met Marianne Nyman and Stefan Ernstsson who are puli breeders (Kennel Impeccable). I learnt more about the puli and find it a very interresting and charming breed. So when the opportunity came, I brought home Ester (Ch. Impeccable Fourth miss Congeniality). Since day one my daughter Anna has had a special bond with Ester and has done a big job trying to get more knowledge about the breed. 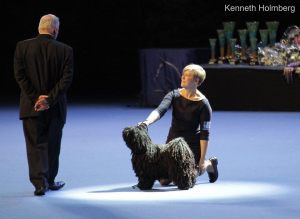 Ester has given us so much happiness because of her sweet and fun personality. She has also been a success in the show ring and is our little star! Ester mated with Manny (Ch. Prydain Yes Man for Catsun) and in july 2014 she got her first litter.

I look forward to many interresting and loving years with my dogs.  / Inger 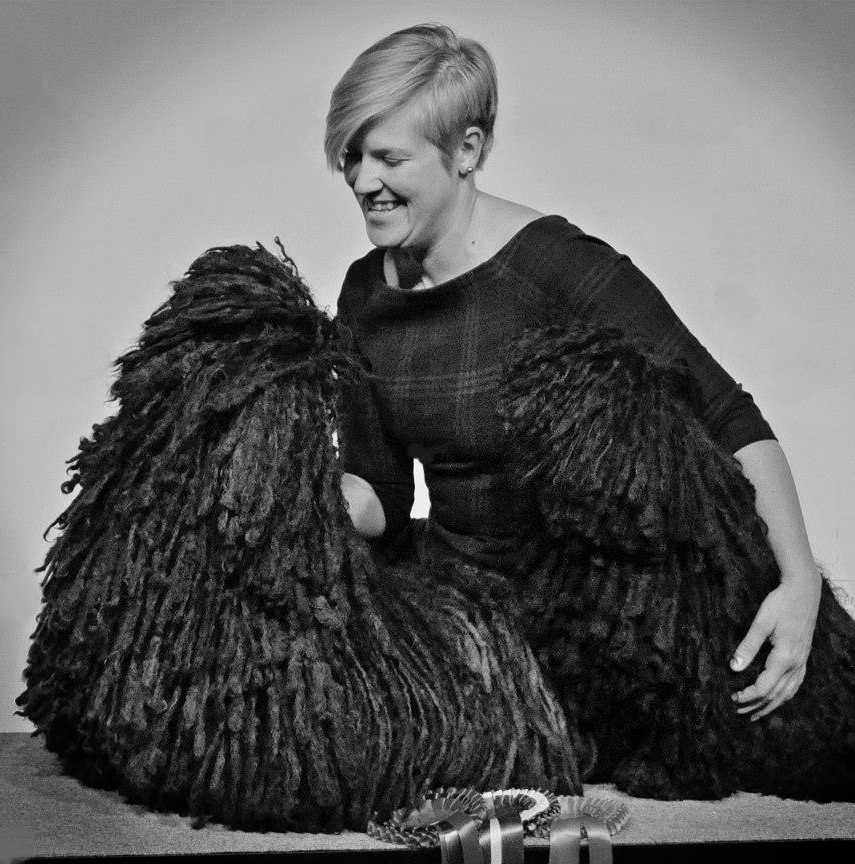